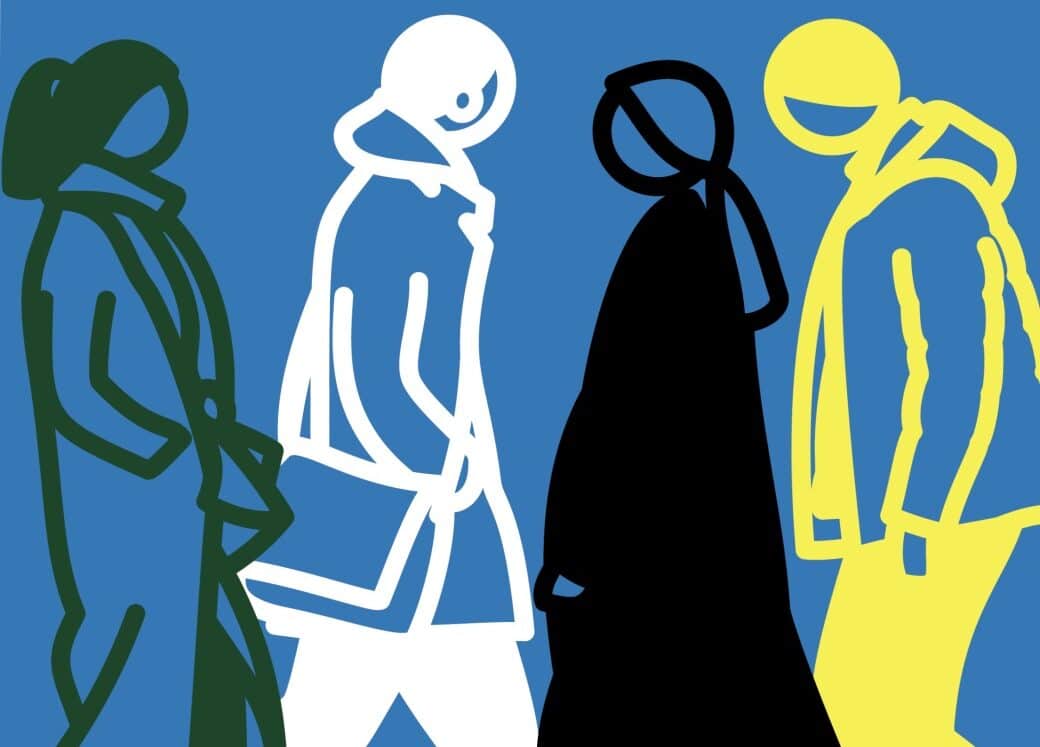 PrevSiguiente‘Silvia’ and’ Maria’, the Jaume Plensa pieces loaned by Mercadona and the Hortensia Herrero Foundation, are now in Vila-real
AnteriorValencia hosts the monumental sculptures of Julian OpieNext

The Hortensia Herrero Foundation is bringing the work of Julian Opie (London, 1958) to Valencia from 27 May. It will do so through a temporary exhibition of monumental sculptures that will be located in the heart of the city. Specifically, in the Plaza del Colegio del Patriarca and the University of Valencia La Nau CulturalCentre.

After a two-year hiatus since the Jaume Plensa exhibition in the Ciutat de les Arts i les Ciències, the Hortensia Herrero Foundation will bring to the Plaza del Colegio del Patriarca and La Nau, both in the cloister and in the Sala Acadèmia, an exhibition of new and existing works by Julian Opie, transforming these spaces through animation on LED screens, paintings made with light boxes and monumental sculptures. These works, some of which are seeing the light of day for the first time in Valencia, focus on the human figure in motion, walking through the city, alone or in a crowd; walking, running to catch a train or waiting in the square with arms crossed.

According to Opie, “the earliest Greek and Egyptian statues were often carved as moving figures. The implicit movement gives a dynamism and an elegance to the figure, a perception of intention, independence and power. A standing figure seems to be reacting to the observer. However, a figure walking is distracted, so you can observe it without confrontation. The whole idea of scale is somewhat strange, we read scale in relation to ourselves – elephants are big, ants are small – but it can easily be reversed; solar systems can look like ping-pong balls, and the interiors of computers like Asian cities. We have the ability to project and see from outside our perspective”.

The exhibition, which has the collaboration of Valencia City Council and the University of Valencia, through the Vice-Rectorate of Culture and Sport, will open on 27 May 2021 and can be visited until September 2021.

“Bringing the work of Julian Opie to the city of Valencia is a source of pride because he is, without doubt, one of the artists with the greatest international reputation. It is a very exciting project that we have been working on for some time and that will help to further increase the city’s cultural appeal. In addition, within the current context, we want to do our bit so that cultural activity continues to function and is reactivated”, explained Hortensia Herrero, who is promoting this exhibition through the foundation that bears her name.

Julian Opie was born in 1958 in London and graduated in 1983 from Goldsmiths School of Art. He lives and works in London.

Thanks to commissions from public bodies in cities including Seoul, New York, Luxembourg and Zurich and a constant flow of large exhibitions in museums on an international scale, Julian Opie’s work is known across the world. Opie’s characteristic formal language is easily recognisable and reflects his artistic preoccupation with the idea of representation and the means by which images are perceived and understood.

He has had major exhibitions in museums such as the Kunstverein, Cologne; Hayward Gallery and the ICA in London; K21, Dusseldorf; MAK, Vienna; Tower Mito, Japan; CAC, Malaga; IVAM in València, MoCAK, Krakow; Tidehalle, in Helsinki; Fosun Foundation in Shanghai: Suwon IPark Museum of Art, South Korea; National Gallery of Victoria, in Melbourne, and Museo Berardo, in Lisboa.

Opie’s works have been bought by public art collections such as the Tate, the British Museum, Victoria & Albert Museum, Arts Council, British Council and the National Portrait Gallery in London; MoMA, New York; ICA, Boston; the Essl Collection, Vienna; the Museum of Israel, Jerusalem, and the Takamatsu Art Museum, Japan.

In recent years, the Hortensia Herrero Foundation has dedicated itself to cultural patronage with the aim of protecting and promoting the historical and artistic heritage of the Valencian Community, with the restoration of San Nicolás Church and the College of High Silk Art being its two most important projects. Its next major action will be to restore Santos Juanes de Valencia Church.

In the artistic field, the Hortensia Herrero Foundation has brought three temporary exhibitions to Valencia(Manolo Valdés, Tony Cragg y Jaume Plensa) and is it immersed in the refurbishment of the Valeriola Palace which will house the future Hortensia Herrero Art Centre, opening in early 2023.

PrevSiguiente‘Silvia’ and’ Maria’, the Jaume Plensa pieces loaned by Mercadona and the Hortensia Herrero Foundation, are now in Vila-real
AnteriorValencia hosts the monumental sculptures of Julian OpieNext
Scroll