‘Silvia’ and’ Maria’, the Jaume Plensa pieces loaned by Mercadona and the Hortensia Herrero Foundation, are now in Vila-real 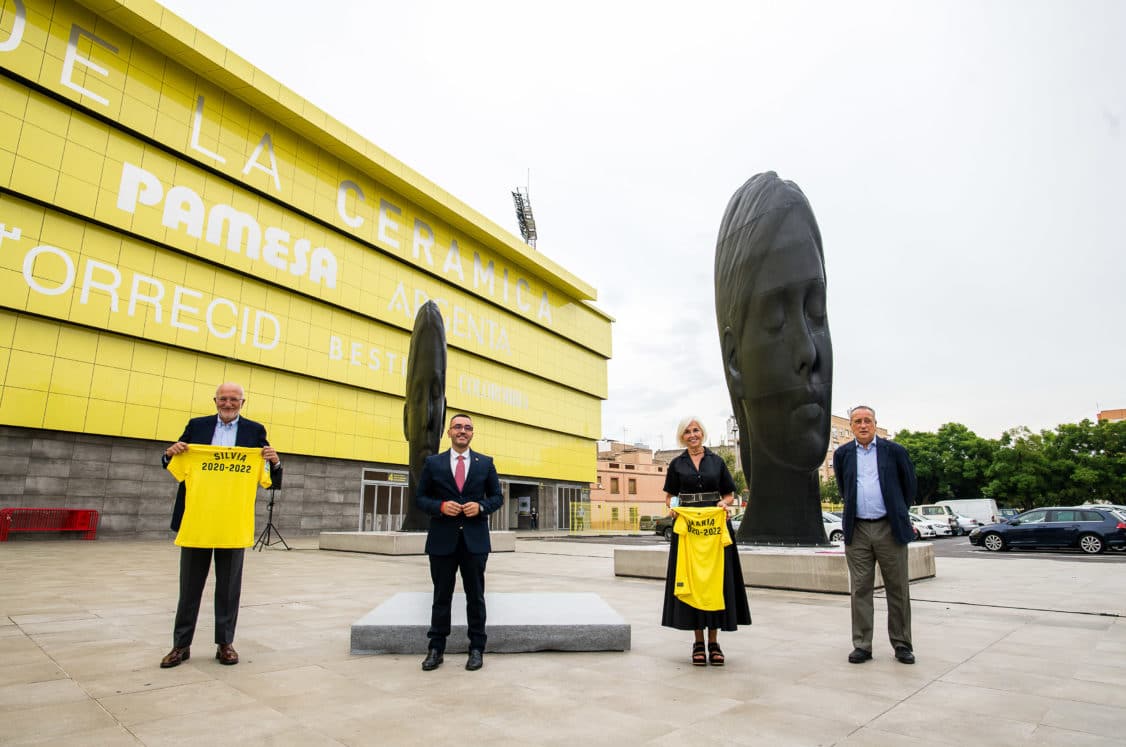 The mayor of Vila-real, José Benlloch, welcomed the “new residents” which now form part of the urban landscape of Vila-real, and he thanked both the Hortensia Herrero Foundation and Mercadona for the opportunity to exhibit these monumental sculptures by Jaume Plensa, through a temporary loan provided at no cost to the city. The mayor also highlighted the location of the sculptures in the Plaza del Estadio de la Cerámica, an iconic 3,200 square metre space that was also developed at no cost to the municipality by the Villarreal CF football club, stating it was “a showcase for our ceramics in which we have held first class musical, theatrical and cultural events. Now, we are taking a step further, and we are also turning it into a reference space in contemporary art”.

Hortensia Herrero, the president of the foundation that bears her name and that is responsible for loaning both pieces, thanked Vila-real City Council for “the facilities and the affection with which they have welcomed these two new residents, Silvia and Maria. For me it is very gratifying to be able to bring the art of Jaume Plensa to Vila-real after having passed through Valencia and Elche and it is a pleasure that the destination in Castellón is Vila-real because of the close relationship that my family and I have with this city. I am sure the residents of Vila-real will enjoy these beautiful sculptures during the year and a half this exhibition will last. During this time, in addition to some new residents, this city will have some unconditional fans of Villarreal CF and I hope it will bring them a lot of luck this season”.

Details about the works and the artist

The Jaume Plensa pieces that Mercadona and the Hortensia Herrero Foundation will temporarily loan are the cast iron sculptures Silvia and Maria. The first weighs 7,659 kilos and measures 697 x 257 x 86 centimetres. The second, weighing 7,506 kilos, measures 692 x 272 x 83 centimetres. The two pieces are expected to be installed by the end of September for their inauguration, and the exhibition is expected to last about 17 months.

The Catalan sculptor Jaume Plensa is an artist with a long international career and his works are exhibited in museums, institutions and galleries around the world. He has received awards including the French Chevalier des Arts et des Lettres medal and the Velázquez Prize for the Arts, and much of his work can be seen in public spaces in countries such as Spain, France, Japan, England, Korea, Germany, Canada, the United States, Sweden, Norway, Australia and China.