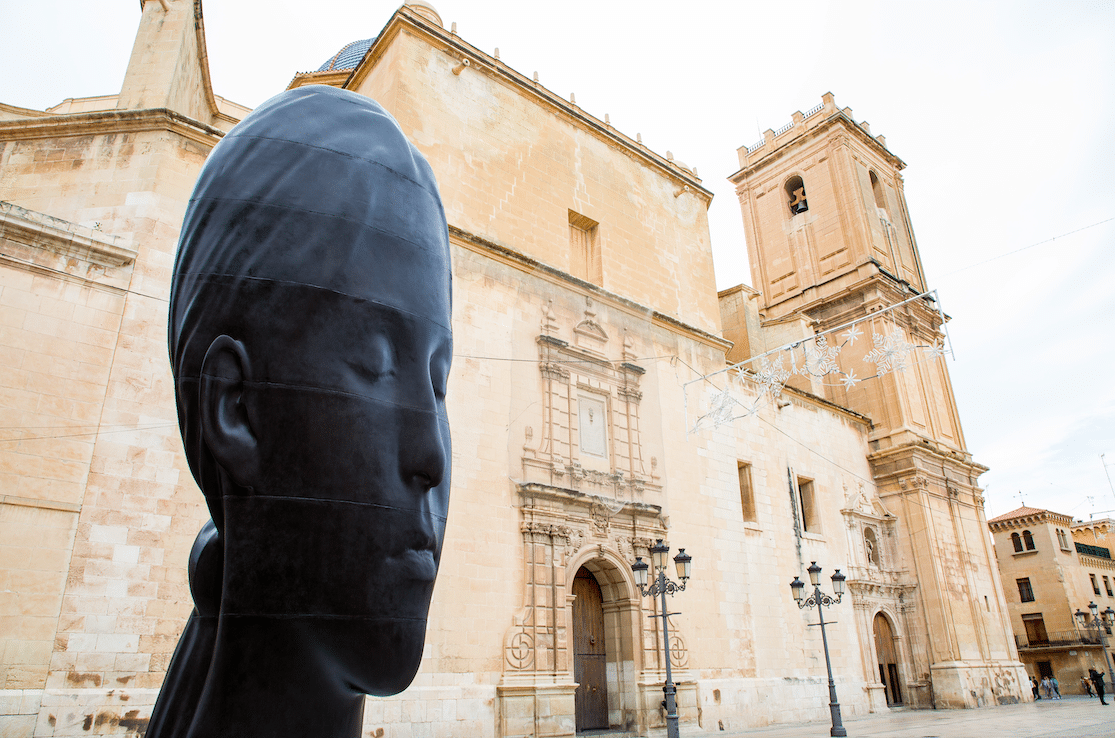 Vila-real will temporarily host the exhibition of two monumental sculptures by the prestigious artist Jaume Plensa thanks to the agreement signed between the City Council, Mercadona and the Hortensia Herrero Foundation, an institution that, since 2012, has been working to promote and recover culture, art and heritage in the  Valencian Community. The pieces will arrive in the city at the end of September and are scheduled to be exhibited for about a year and a half. They are two of the seven sculptures from the major Jaume Plensa exhibition the Hortensia Herrero Foundation made possible last year in the City of Arts and Sciences in Valencia. These two pieces are ‘Silvia‘ and ’Maria’, which were acquired by Mercadona and the Hortensia Herrero Foundation, respectively. Both travelled to Elche (where they are still on display) and, with their transfer to Vila-real, they will complete their journey through the three provinces of the Valencian Community.

The mayor of Vila-real, José Benlloch, thanked the foundation for “the opportunity for our city to have this sculptural exhibition by one of the most widely recognised artists around the world”. “Vila-real is a city that loves and champions art and culture, and the agreement with the Hortensia Herrero Foundation allows us to bring here unique pieces that will not only be enjoyed by our residents but will also project the image of the city to the outside world”, remarks the mayor. ”Without a doubt the Plaza del Estadio de la Cerámica is the ideal place to house these large works of art, it is a modern and spacious square that, thanks to our Villarreal CF football team, receives thousands of visitors every year from all over Spain and also from outside our borders”, adds Benlloch.

Hortensia Herrero, the president of the foundation that bears her name and that is also managing the loan of both pieces, thanked Vila-real City Council for “the facilities and the affection with which they received the news and, I am sure, they will welcome these two new residents, ‘Silvia’ and ‘Maria’, once they are installed in the city. For the Hortensia Herrero Foundation it is very gratifying to be able to bring Jaume Plensa’s art to Vila-real after having visited Valencia and Elche. We always said we wanted these two pieces to travel through the three provinces of the Valencian Community and it is a pleasure that the destination in Castellón is Vila-real because of the great relationship that my family and I have with the city”.

About the sculptures and the artist

The Jaume Plensa pieces that Mercadona and the Hortensia Herrero Foundation will temporarily loan are the cast iron sculptures ‘Silvia’ and ‘Maria’. The first weighs 7,659 kilos and measures 697 x 257 x 86 centimetres. The second, weighing 7,506 kilos, measures 692 x 272 x 83 centimetres. The two pieces are expected to be installed by the end of September for their inauguration, and the exhibition is expected to last about 17 months.

The Catalan sculptor Jaume Plensa is an artist with a long international career and his works are exhibited in museums, institutions and galleries around the world. He has received awards including the French Chevalier des Arts et des Lettres medal and the Velázquez Prize for the Arts, and much of his work can be seen in public spaces in countries such as Spain, France, Japan, England, Korea, Germany, Canada, the United States, Sweden, Norway, Australia and China.