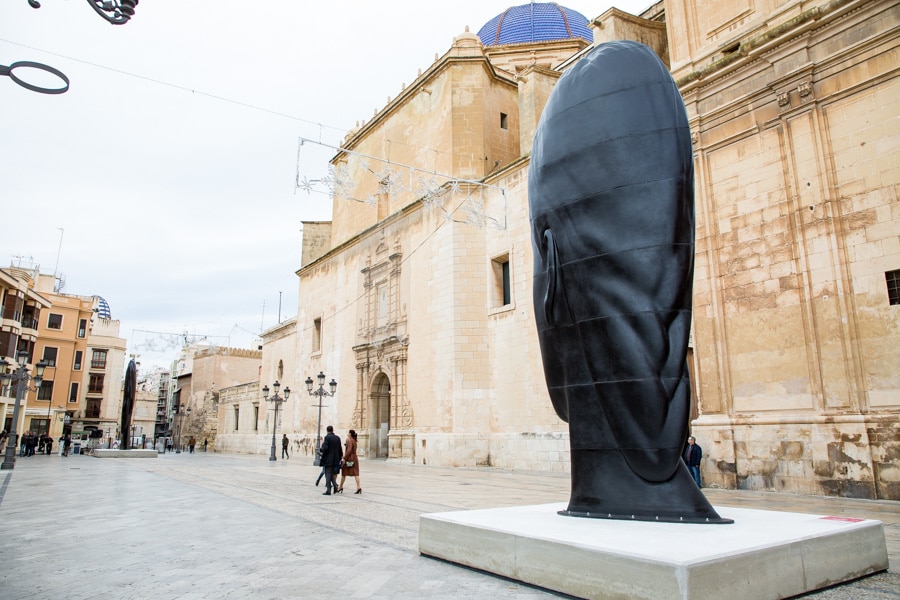 The sculptures Silvia and Maria by the artist Jaume Plensa (Barcelona, 1955) will remain exhibited until September in Plaça del Congrés Eucarístic square, next to the Basilica of Saint Mary, in Elche. The Hortensia Herrero Foundation and the City Council of Elche confirmed that the exhibition of these pieces, which started on 14 November 2019 and was scheduled to end in June 2020, is extended throughout the summer and will remain exhibited until the end of September. The announcement of the extension coincides with the lockdown easing process within the fight against the health crisis caused by COVID-19.

The two monumental sculptures that make up this travelling exhibition, seven meters high each and seven thousand kilos in weight, have been integrated into the cultural landscape of Elche for a few months. The transformative capacity of these works of art in public spaces becomes even more relevant in the creative language of Jaume Plensa, since they are located in a square. Open spaces are ideal for the exchange of thoughts and human relationships in an approach deeply rooted since ancient times in Mediterranean cultures. These spaces have now become an essential element after social isolation.

In this context, and facing this new scenario, the Hortensia Herrero Foundation continues to promote art and culture, which are now more necessary than ever, by bringing this artistic experience closer to the city of Elche and contributing to the development of contemporary art. With the extension, Elche City Council wants to encourage the community to regain their social space of coexistence and that the sculptures also awaken from their isolation.

Located in the heart of the monumental core of the city, Silvia and Maria are shown in a state of meditation, with their eyes closed. They look like listening to themselves while projecting onto the outside. Jaume Plensa’s sculptures dream and feel, but they also dialogue with their social environment. They transmit and create emotions. Human contact with beauty and art of culture, which is going to be so necessary in this time, can now be enjoyed in Elche throughout the summer.

The two busts by Jaume Plensa that are exhibited in Elche, along with five other sculptures of similar characteristics, were part of the exhibition that hosted the City of Arts and Sciences of València in 2019 promoted by the Hortensia Herrero Foundation. After leaving Elche, the exhibition will continue its journey to the province of Castellón within a project of artistic patronage that aims to publicise art and culture throughout the Valencian Community. 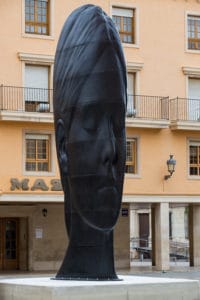 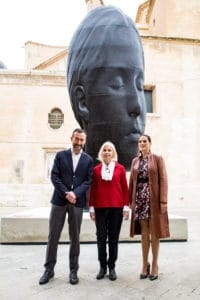