EXHIBITIONS AT THE CITY OF ARTS AND SCIENCES II: TONY CRAGG 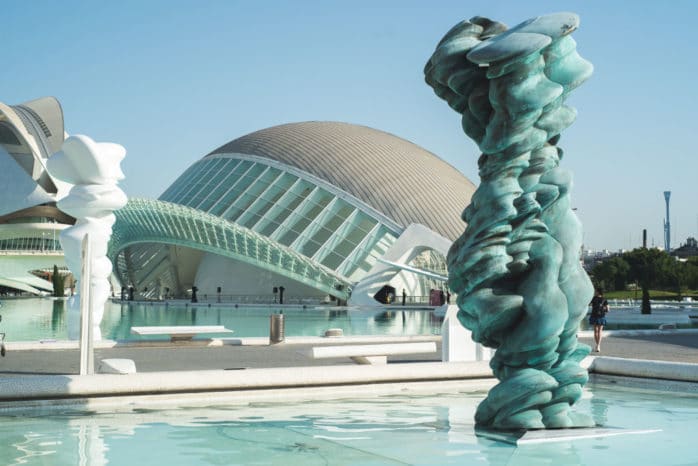 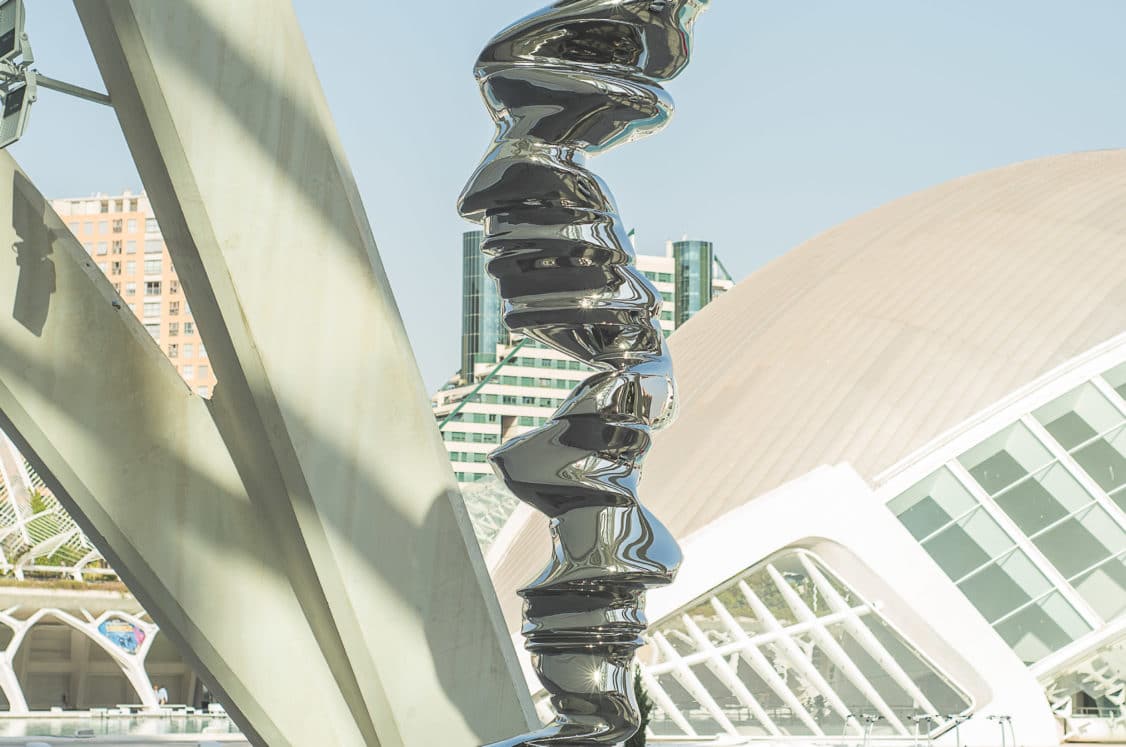 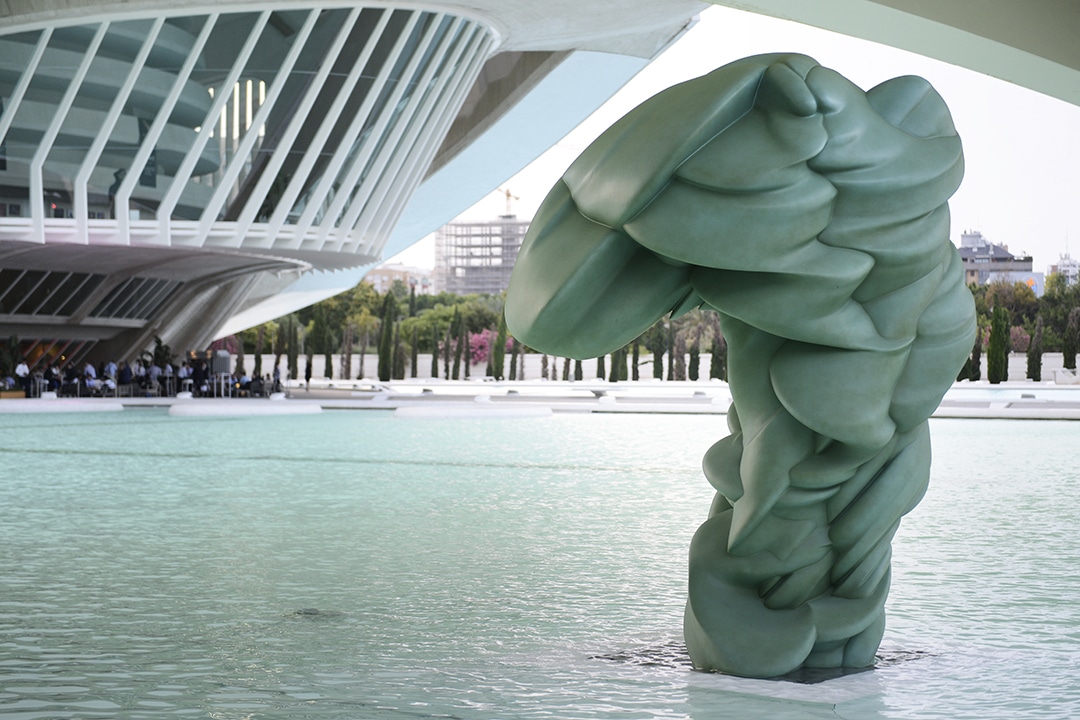 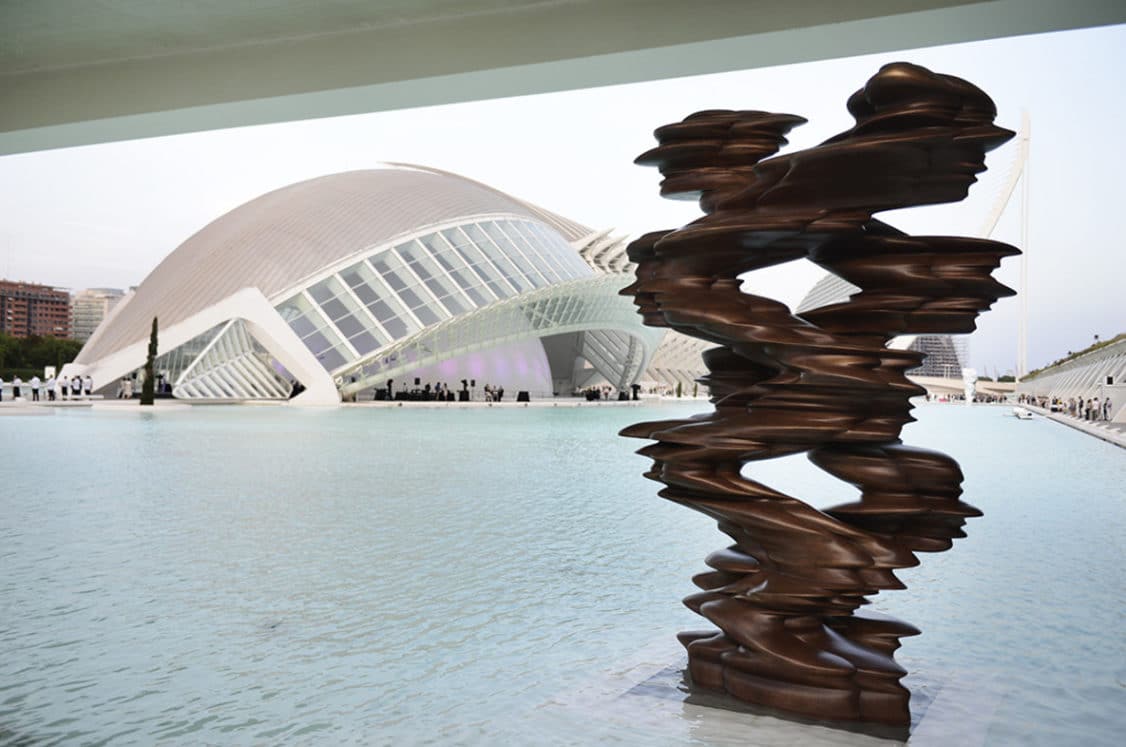 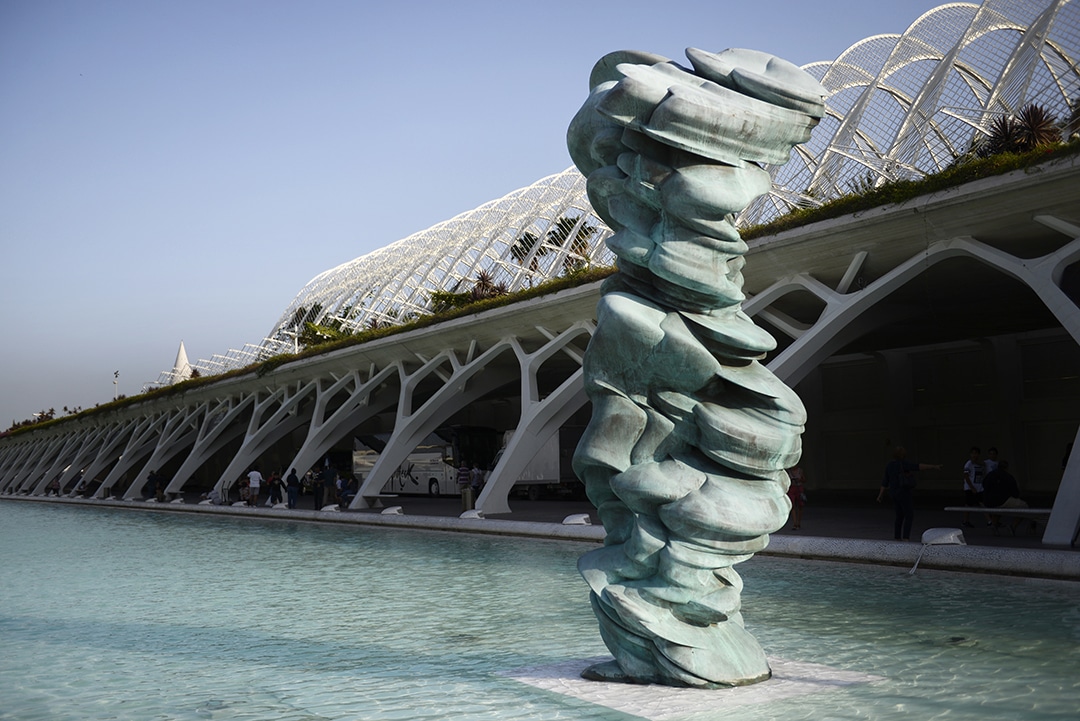 The artist Tony Cragg, one of the icons of the British art scene, took over from Manolo Valdés and exhibited six pieces, two of them expressly made for the occasion, at the Ciutat de les Arts i les Ciències. The temporary exhibition opened on June 27, 2018 and remained open until October 14 in different enclaves of the complex designed by Santiago Calatrava. Four of the sculptures that exceeded six meters in height and 4,000 kilograms in weight were placed on the water of the enclosure’s ponds, something unprecedented in the artist’s work.

Tony Cragg’s work is characterized by the use of very varied materials such as stone, wood, aluminum, bronze, steel or plastic that transforms into organic forms.

After the exhibition, the Points of view piece was purchased by the Hortensia Herrero Foundation and donated to the city of Valencia. 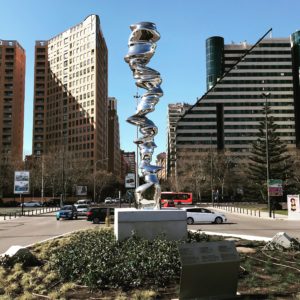 Sir Anthony Cragg (Liverpool, 1949) has been living and working in the German city of Wuppertal since 1977. Cragg, who will have a major exhibition on the streets of New York at the same time as his show in Valencia, is one of the most prestigious contemporary British artists of our time and has received numerous international awards such as the Turner Prize (1988), Chevalier des Arts et des Lettres in France (1992), Academician of the Royal Academy of Arts in London (1993), Order of the British Empire (2002) and the Order of Merit of the Republic of Germany (2012), to name but a few.

In 1988, he represented Great Britain at the Venice Biennale and his work has been exhibited in museums such as the Reina So a, Tate Gallery, Louvre, Centre Pompidou, Hermitage in St. Petersburg, the Stedelijk in Amsterdam, the Nasher Museum in Dallas, Corcoran Gallery in Washington, Belvedere Gallery in Vienna, MACRO in Rome, and CAFA Museum in Beijing.

Since 2009 he’s director of the Academy of Fine Arts in Düsseldorf.