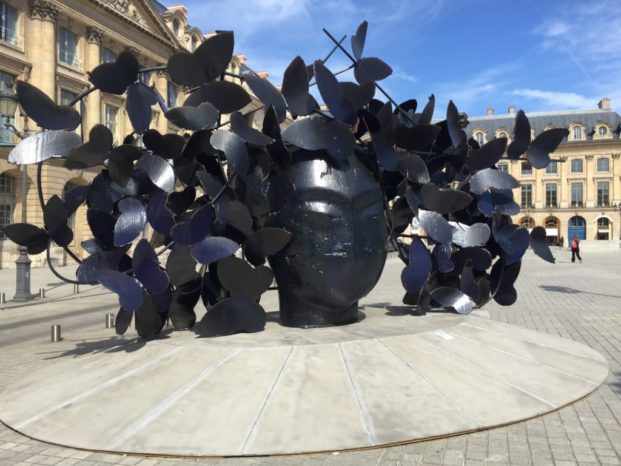 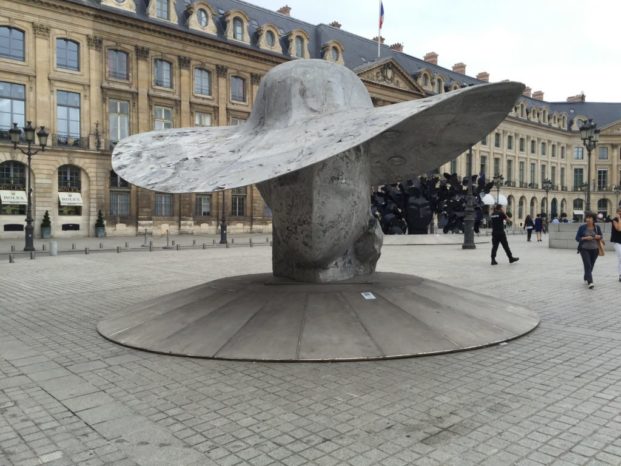 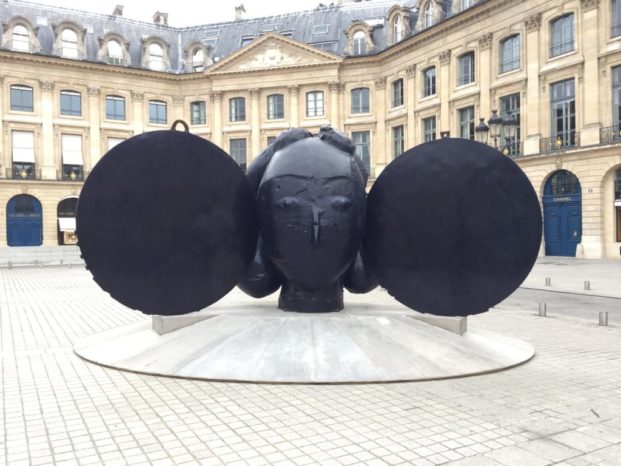 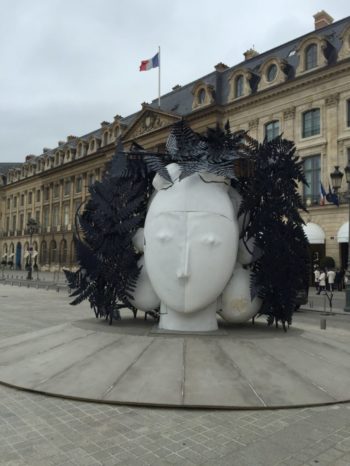 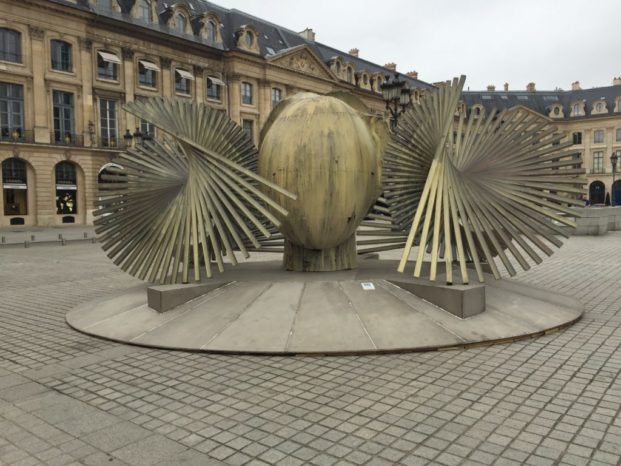 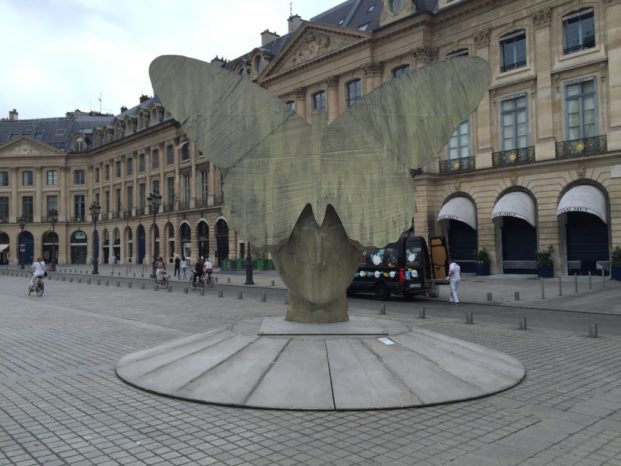 The Hortensia Herrero Foundation will bring the successful exhibition of Manolo Valdés’s monumental sculptures, which was held last month at Place Vêndome in Paris, over to Valencia.

The location chosen to set this temporary exhibition, which received so much acclaim both from the public and the critics back in Paris, is one of the artificial ponds in the Ciutat de les Arts i de les Ciències, specifically the one located between the Umbracle and the Museu de les Ciències. This location will enable an interesting dialogue between Manolo Valdés’s works and Santiago Calatrava’s creations, the two Valencian artists who probably enjoy the most international recognition.

This temporary exhibition, which will be open from June to November, will include the six sculptures that made up the exhibition in Paris, named “La Mariposa” (“The Butterfly”), “Los Aretes” (“The Earrings”), “La Diadema” (“The Headband”), “Mariposas” (“Butterflies”), “La Doble Imagen” (“The Double Image”) and “La Pamela” (“Pamela – Picture Hat”). For this exhibition, Valdés has created several large heads whose headdresses are made up of various motifs, such as butterflies, geometrical shapes, and a picture hat. Thus, Valdes takes inspiration from the objects that surround him and brings them in works that are inspired by the Spanish painting tradition and by general art history.

In order to make these monumental sculptures, which are over 5 metres in height, the artist used very diverse materials such as weathering steel, aluminum, cast iron, and marble; some of these works have also been painted with a coat of epoxy paint.

This exhibition comes to add up to a series of exhibitions of monumental works that this Valencian artist has already done in iconic places such as Place Vêndome in Paris, the Botanical Garden in New York, Chambord Castle in Loire Valley, and Broadway Avenue in New York, the latter being the city where he has lived for more than 25 years.

As Valdés said, “you can see how the same sculptures are changing and how the landscape and the environment may add up to them or the opposite; nevertheless, it is very beautiful to see the way one sculpture can speak to you in different places, how its environment makes a difference. This exhibition in the Ciutat de les Arts i les Ciències is a gift and a challenge for my work”.

Additionally, Hortensia Herrero underlined that “it is an honour and a pleasure for me to be able to bring together and set in dialogue the work of two of our most internationally recognised artists; this is something that will contribute to making the city of Valencia – without any doubt one of the most beautiful in the whole of the Mediterranean – even more attractive for a few months. I hope that Valencian people and anyone visiting the city may witness and enjoy these works of art.”

Some of the works by Manolo Valdés (Valencia, 1942) are part of the permanent collections of many important museums such as the Metropolitan Museum in New York, the Centre Pompidou in Paris, the Museum of Fine Arts in Boston, the Houston Museum, the National Art Museum in Beijing, the Israel Museum, the MOMA in New York, the Hispanic Society of America, the State Museum of St. Petersburg, the Rufino Tamayo Museum in Mexico, the Reina Sofía Museum in Madrid, the Guggenheim in Bilbao and IVAM in Valencia, among many others.

The Hortensia Herrero Foundation would like to thank the Ciutat de les Arts i les Ciències for the selfless collaboration, necessary to carry out this exhibition project.