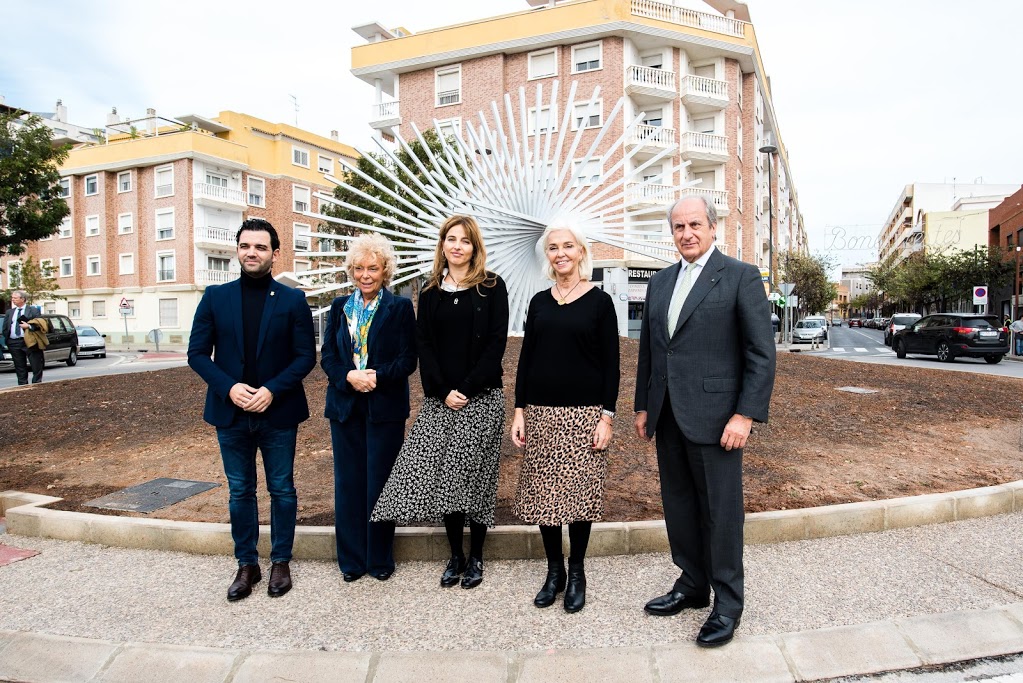 Juan Manuel González Serna, president of the Grupo Siro Foundation, and Hortensia Herrero, president of the foundation that bears her name, have donated to the city of Paterna (València) a work by the sculptor Andreu Alfaro, Doble, 1975. The work, which is already installed in the Los Molinos roundabout in the Valencian town, is an abstract work that has a special link with that area. Until 2006, the sculpture was in the old Galletas Rio biscuit factory, which at the time belonged to Grupo Siro; it was transferred later that year to the roof of the Grupo Siro bread factory, and stayed there until a few weeks ago.

The presentation took place this morning, just seven years after the death of Andreu Alfaro; Juan Manuel González, Hortensia Herrero and Juan Antonio Sagredo (mayor of Paterna) have attended this event. The mayor thanked both Siro and Hortensia Herrero foundations for this donation. “This sculpture is a source of pride for Paterna. We have recovered this emblematic silhouette of our home town and I am sure that many of our neighbours will be excited to see it as the welcoming landmark of Paterna from one of the main access roads to the town.”

Hortensia Herrero pointed out that when choosing its location “we are somehow closing the cycle of the sculpture. When I spoke with Juan Manuel and we saw the option of making this joint donation, it was clear to me that the work should not leave Paterna and returning it to its place of origin was the best idea. It has been here for many years and it was clear to us that it already belonged to the locals. The final location is very beautiful and we love the end result.”

In addition, Andrés and Carles Alfaro, sons of the sculptor and author of the work, also attended the event.

Andreu Alfaro was a Valencian sculptor and one of the major representatives of the transavantgarde sculpture. Alfaro obtained several awards and acknowledgement, such as the Creu de Sant Jordi award, the Tomás Francisco Prieto prize, the Premi d’Honor Jaume I prize and the National Prize for Plastic Arts. Alfaro died in València on 13 December 2012. 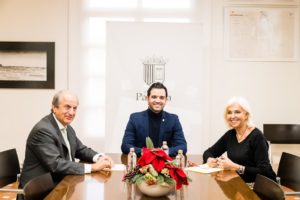 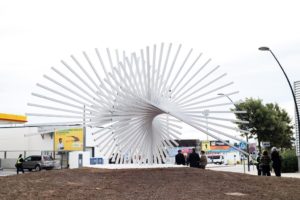