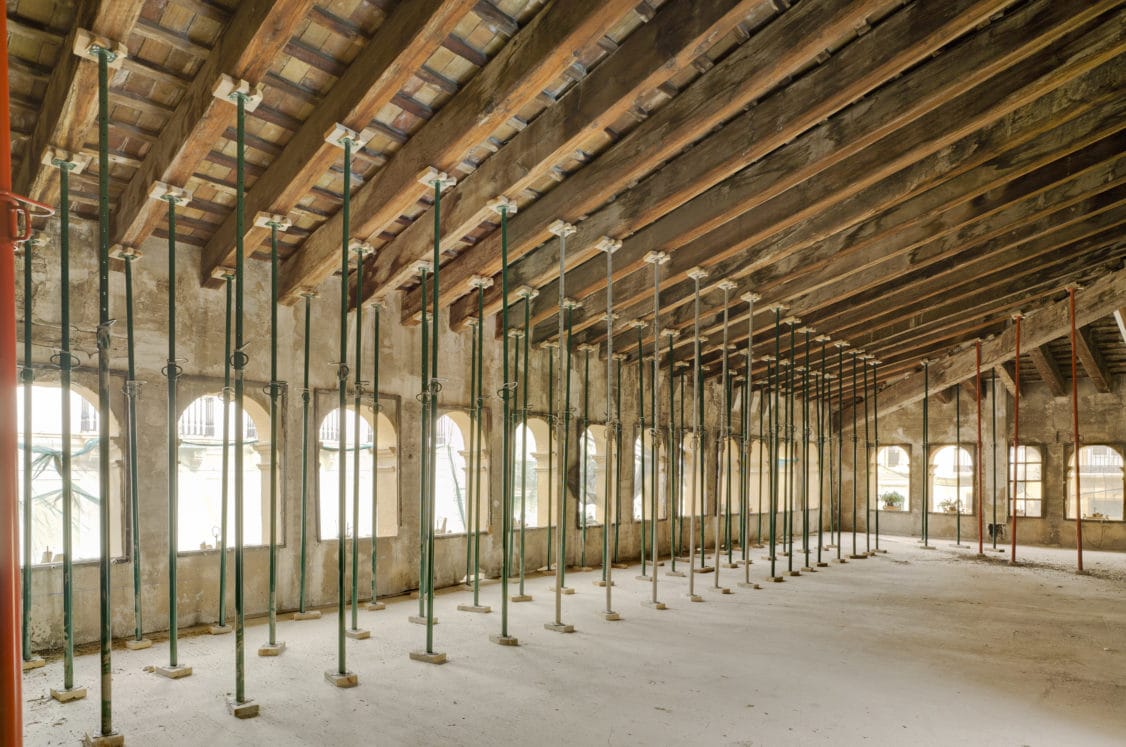 The Hortensia Herrero Art Centre is progressing nicely and is launching a new website with a virtual tour of its restoration. The Centre will be located at Valeriola Palace and will be holding international exhibitions as well as patron Hortensia Hererro’s own collection.

The site will be available in English, Spanish and Valencian, and its contents will be arranged in an adaptative drop-down menu suitable for different devices including smartphones and tablets. It will also detail the key points of the project and will include pictures of the restoration and enhancement works taking place at Valeriola Palace, as well as a selection of works by artists such as Anish Kapoor, Georg Baselitz, Andreas Gursky and Anselm Kiefer.

The site also includes a virtual tour of the restoration works on this early-17th-Century Baroque palace in Valencia by the ERRE Arquitectura firm of architects. The project combines historical conservation and rebuilding to create a 3,500-square-metre centre that will be a landmark facility for Contemporary Art.

The virtual tour takes visitors through the Palace’s main entrance, sited on Carrer de la Mar (street), letting them explore the piano nobile (principal floor), the balconies, the cut-stone stairs, and the inner patio, all of which will be restored and conserved in the final building. The tour ends in the yard of the future Art Centre.

The video shows the main architectural works involved. These will keep the Palace’s volume by focusing construction on the area around the patio. The façade opposite the San Cristóbal Monastery will also be kept and four floors will be added to bring the Art Centre up to the same height as the neighbouring buildings.

The virtual tour also shows some of the main archaeological finds made during the excavations, such as the boundary of the city‘s Old Jewish Quarter, a Mediaeval oven, and part of the walls of the Roman circus of Valentia. This Roman circus was the greatest building in the city and dates back to the 2nd Century AD. It covers an area some 350 metres long and over 70 metres wide. During the digs at the Palace, several sections of the grandstand’s 5-meter-wide wall were found, together with three other longitudinal walls, and seven buttresses on the outside of the wall. These finds will be preserved and exhibited to visitors to the future Hortensia Herrero Art Centre.

Since the works began, 22 burial sites belonging to the San Juan del Hospital cemetery have also been found, as well as the remains of an Islamic courtyard consisting of a central part with a square floor, a pond and fountains at each end.

The restoration works will take three years to complete. The opening of the future Hortensia Herrero Art Centre is scheduled for 2023.