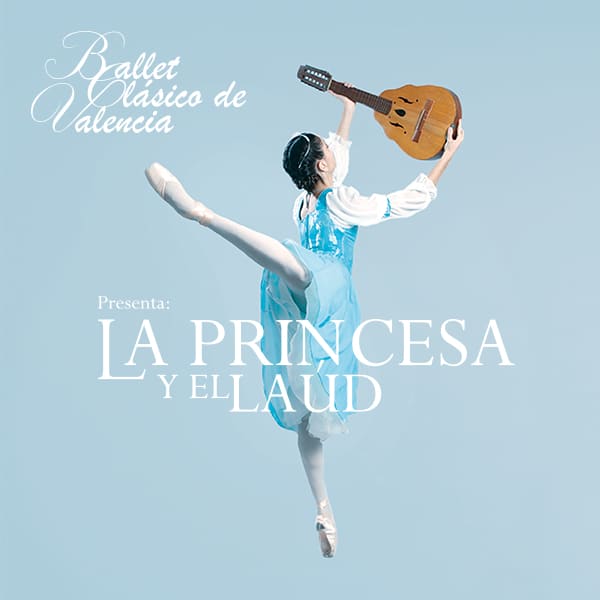 The Ballet Clásico de Valencia association and the Hortensia Herrero Foundation launch the holding of a charity dance show with the aim of bringing classical ballet to the Valencian public. This new project, called La princesa y el laúd (The Princess and the Lute), is a ballet story created expressly for the occasion, aiming to promote dance between the youth in the Valencian Community, through a story created by Mari Cruz Alcalá, the director of the company, with original music by José Jaime Hidalgo de la Torre.

The ballet tells a story of princes, princesses and many other characters that will guide the audience through a tender story between sisters, where love, friendship and bravery conquer all. The performance is aimed at all audiences and is a perfect opportunity to enjoy classical ballet, an unusual kind of dance shown on stage in Valencia.

The ballet will debut on 10 and 11 January at the Teatro Principal and also has a component of solidarity, as part of the proceeds from those two galas will go to the Valencian Foundation for Neurological Rehabilitation (FUVANE). FUVANE is a non-profit organisation that carries out a pioneer neuronal method of rehabilitation for children and teenagers with cerebral palsy and related pathologies.

The tickets to see La princesa y el laúd will be on sale from next Tuesday via the web platform www.entradas.com.

The Hortensia Herrero Foundation is a non-profit organisation whose mission is to recover, share and develop the artistic sensitivity and cultural development within the Valencian Community. Chaired by Hortensia Herrero, vice president of the supermarket chain Mercadona, the Foundation has so far taken action in the field of restoration of historical-religious buildings, as well as art and dance.