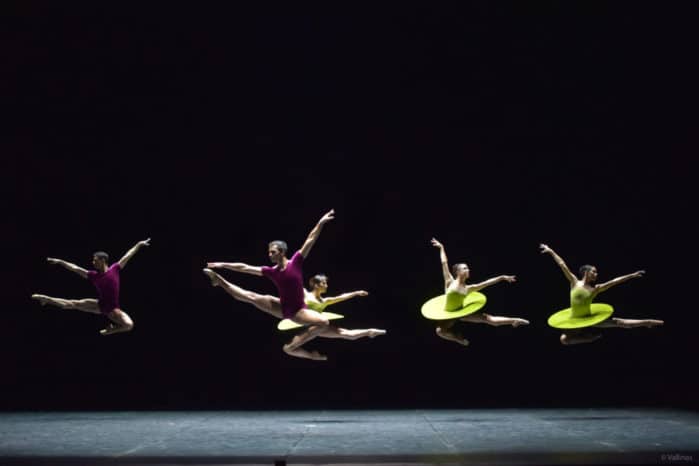 For the third consecutive year, the collaboration between Asociación de Danza y Arte del Mediterráneo (ADAM) and the Hortensia Herrero Foundation (FHH) led to holding this outstanding ballet event in Valencia. Due to the great success of previous editions, it was decided that, on this occasion, the event would be held in the main hall of the Palau de les Arts Reina Sofía, which has a capacity of around 1400 seats. Filled with satisfaction because of the recognition of their decision with a sold out, the joint efforts of ADAM and FHH granted the celebration of a gala that was representative of a great variety of dance styles (classical, neoclassical and contemporary), performed by internationally renowned dancers.

The evening opened with the award-winner Lucía Lacarra, who offered a truly delicate performance of ‘Tres Preludios’ (‘Three Preludes’) (1969), with Ben Stevenson’s choreography and Rachmaninoff’s score played by Carlos Faxa on the piano. The Basque star had Marlon Dino as a partner. In contrast, we had a bet for the contemporary dance version of ‘Carmen’, by Johan Ingerirte, performed by Isaac Montllor and Kayoko Everhart, first dancers of the Compañía Nacional de Danza (CND). The show continued with the classical performance of ‘Paquita’ (1847), led by María Gutiérrez and Davit Galstyan, principal dancers of the Ballet du Capitole de Toulouse. The first part was brought to an end with ‘The vertiginous thrill of exactitude’ (1996) by William Forsythe, performed with the necessary precision by a CND quintet.

Valencian dance was represented by the staging of ‘Cor perdut’ (‘Lost Heart’) (1989), a choreography made by Valencian creative genius Nacho Duato and performed by Isaac Montllor, who comes from Alicante, along with Kayoko Everhart. Also a pas de deux of the iconic ballet piece, ‘El lago de los cisnes’ (‘Swan Lake’) (1985), showed how sublime and ethereal Lucía Lacarra can be, in Marlon Dino’s arms, when she performs the role of Odette. The finishing touches of the “VALENCIA DANZA SOMOS ARTE” gala came by the hand of ‘Raymonda divertimento’ (2013), with a choreography by José Carlos Martínez inspired by Marius Petipa’s 19th-century piece, which gathered a good representation of CND members on the stage of the Palau de Les Arts Reina Sofía. A completely devoted audience gave an important round of applause to the “VALENCIA DANZA SOMOS ARTE” gala, the proceeds of which will go to the Asociación de la Fibrosis Quística de la Comunidad Valenciana.