The Hortensia Herrero Foundation will purchase ‘La Pamela’, after it won the popular vote 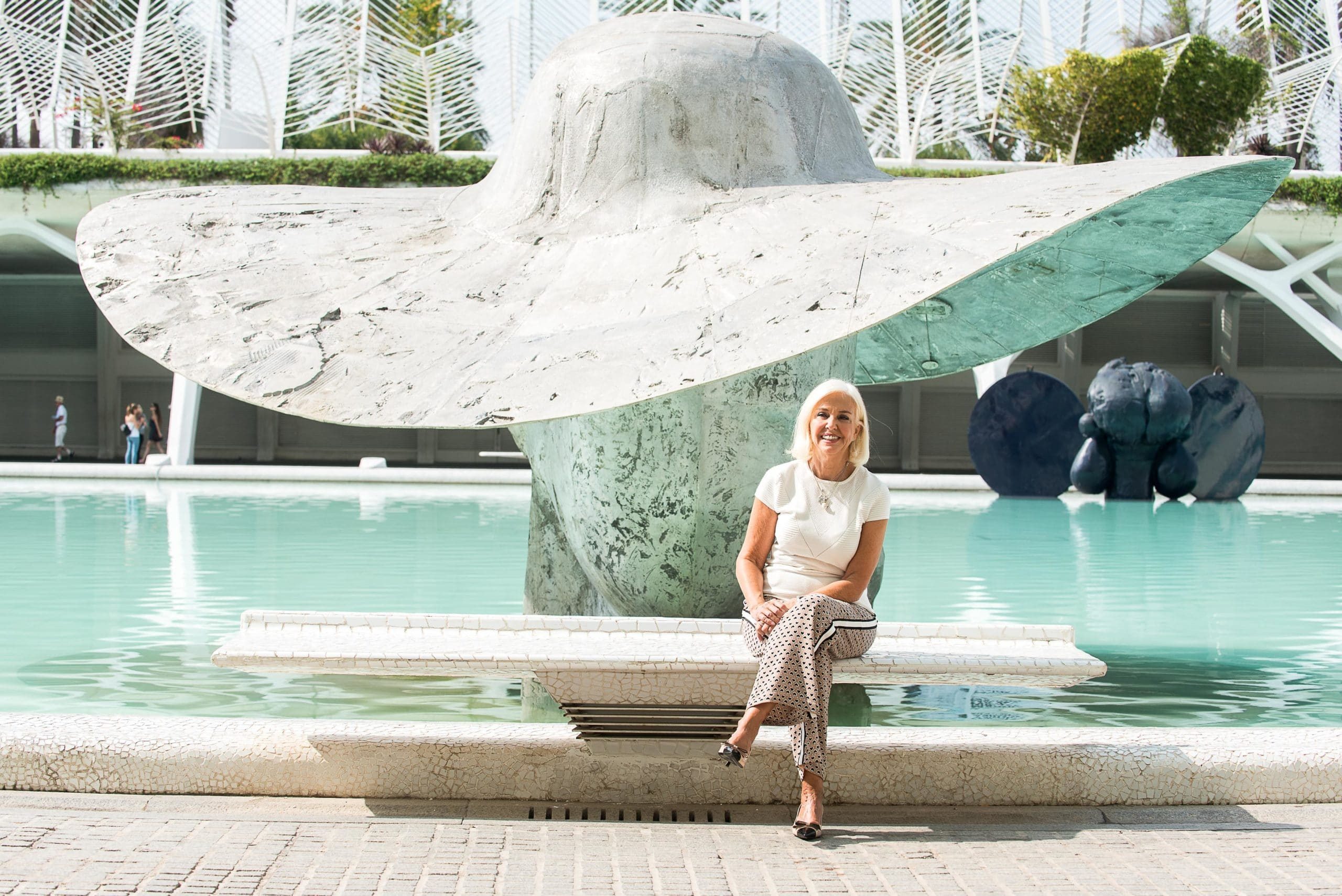 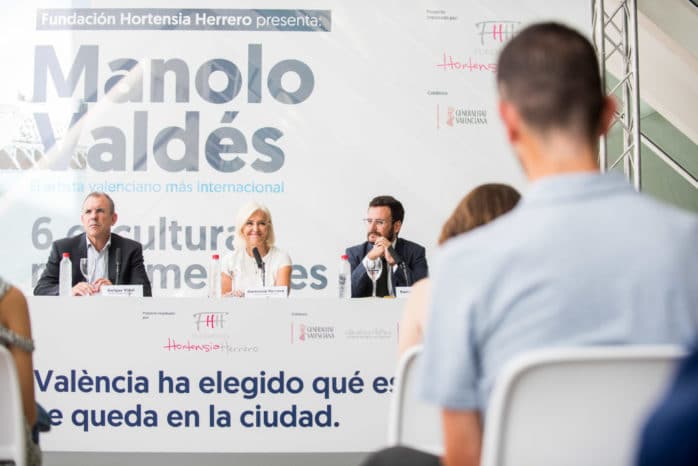 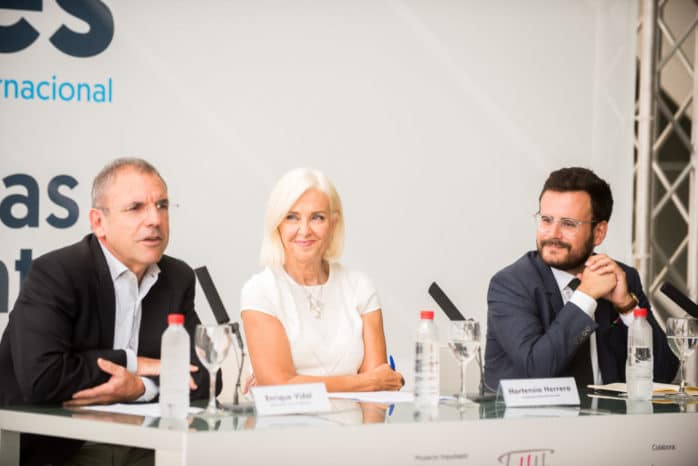 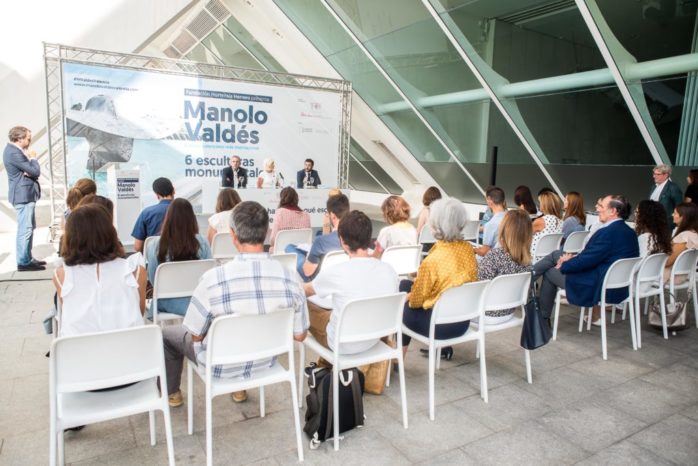 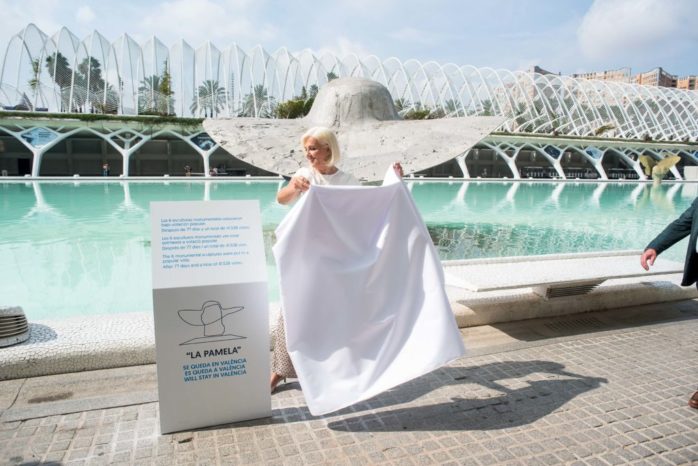 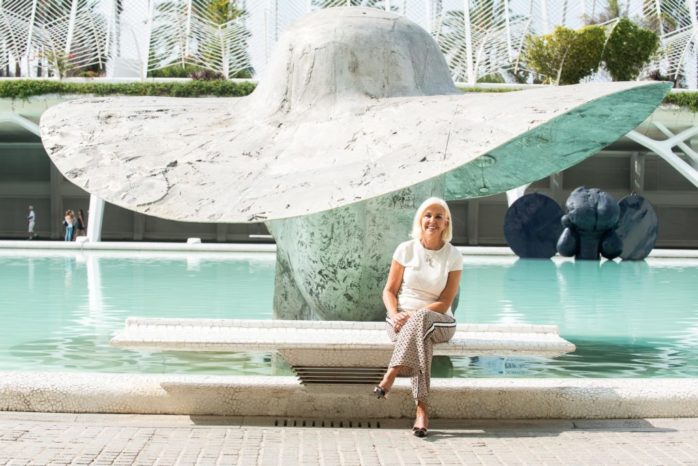 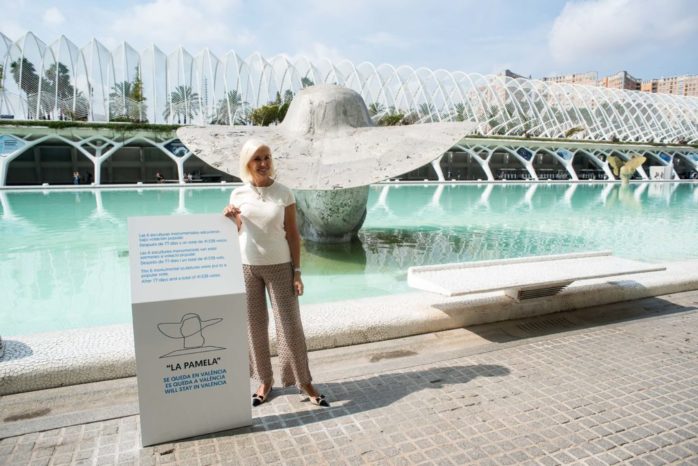 Valencians and other people visiting Manolo Valdés’s exhibition have finally chosen the sculpture ‘La Pamela’ to be kept in Valencia. After almost three months of votes and after receiving 41,538 votes in total, the Hortensia Herrero Foundation will purchase this majestic sculpture in order to hand it over to the city of Valencia forever.

‘La Pamela’ is a monumental sculpture entirely made of aluminium. Its dimensions are 436 x 730 x 650 cm and its weight is 4,150 kilos. The piece will remain at the Ciutat de les Arts i les Ciències until 10 December, next to the other five heads made by Manolo Valdés. On that day, every one of them will be disassembled and ‘La Pamela’ will be moved to its new location: La Marina de Valencia.

“I wanted Valencian people and other visitors to help me choose the piece that was to stay in the city. I’m very happy. All of them are beautiful, but I think that the head with the picture hat is very simple and elegant. Considering the setting where it will eventually be located, La Marina de Valencia, it is the piece that fits the best” the president of the Hortensia Herrero Foundation explained and added, “we have chosen a plinth for it so it shines in all its splendour, the same as its surroundings, and so it becomes blended with them.”

Hortensia Herrero also explained that Manolo Valdés’s exhibition will not be the last temporary exhibition that the Foundation she chairs brings to Valencia: “I will be very sorry when this exhibition is taken down; nonetheless, to lift that sadness a bit, we are glad to announce that we will bring another temporary exhibition to the city in 2011. We are considering several options and we have not yet decided on the artist that will show his / her works, so we will tell you it as soon as we know.”

The director of Ciutat de les Arts i les Ciències, Enrique Vidal, referred to the interesting dialogue that the six monumental pieces engaged in with the buildings that house them: “it is a pleasure to have this monumental exhibition and to witness how the creations by both Santiago Calatrava and Manolo Valdés, through their works, engage in a dialogue. This is not over yet and a few months still remain to continue enjoying this spectacle. Up to 10 December, the six heads will stay at the Ciutat de les Arts i les Ciències pond and I encourage everybody to keep on coming as they have done so far, since we have observed a huge turnout, coinciding with this show.”

Finally, Ramón Marrades, strategic director of La Marina de Valencia, spoke about the new and final location of the winning sculpture: “This is a very happy day. I would like to thank Hortensia Herrero and her foundation for buying a sculpture for the city and for deciding to place it in La Marina de Valencia, in a setting facing the sea.” Marrades recalled that this is a very dear place to the artist who made ‘La Pamela’: “Manolo Valdés was asked what his favourite place in New York and Valencia was. He said Central Park for New York and the sea for Valencia; he felt identified with it. In our opinion, it seems a fantastic symbiosis that this sculpture is eventually ending up there. It will also be set in a large square that will undergo a great make over and that we will name as Plaza del Agua.”

This temporary exhibition, which will remain set up until December 10 at Ciutat de les Arts i les Ciències, includes the six sculptures that made up the exhibition in Paris and that bear the titles “La Mariposa” (“The Butterfly”), “Los Aretes” (“The Earrings”), “La Diadema” (“The Headband”), “Mariposas” (“Butterflies”), “La Doble Imagen” (“The Double Image”) and “La Pamela” (“Pamela – Picture Hat”). For this exhibition, the Valencian artist has created several large heads whose headdresses are made up of various motifs, such as butterflies, geometrical shapes, and a picture hat. Thus, Valdés takes inspiration from the objects that surround him and brings them in works that are inspired by the Spanish painting tradition and by art history in general.