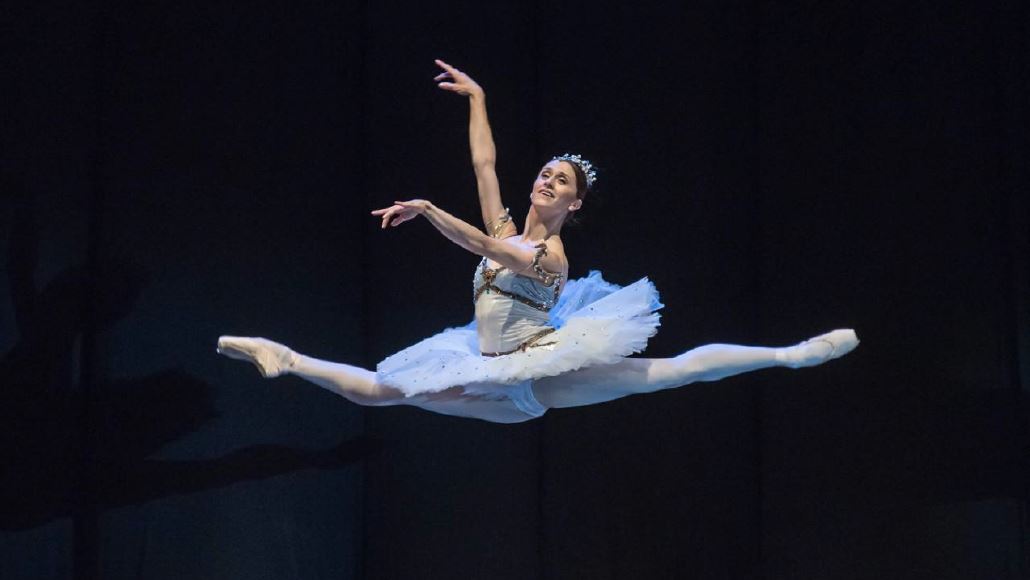 The “Valencia Danza Somos Arte” Gala will hold its fifth edition on 22 September with a spectacular line-up. Under the direction of the Asociación de Danza y Arte del Mediterráneo (ADAM), in collaboration with the Hortensia Herrero Foundation, the Palau de les Arts will host a charity event. This year, all proceeds will go to the Spanish Association Against Cancer, and will bring together some of the most important stars of the international dance scene. The Gala will start at 7:30 p.m. 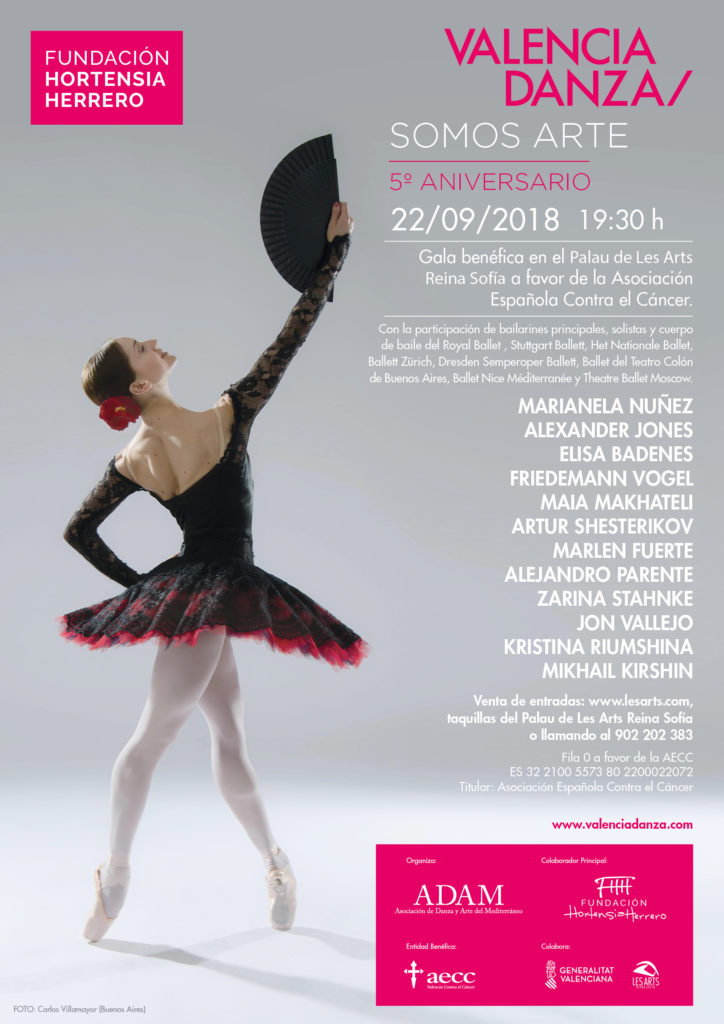 The fifth edition of the VALENCIA DANZA SOMOS ARTE GALA wants to emphasise its commitment to excelling in ballet and dance. Therefore, a team of leading dancers of large international companies are brought together, the best of contemporary ballet and dance. Under the artistic direction of Gema Casino Penalba and with José Carlos Blanco and Fabrice Edelmann in artistic coordination, the show consists of eleven pieces of predominantly classical and neoclassical style, and will last approximately two hours.

Leading the line-up is Marianela Núñez, Principal at The Royal Ballet, known for her standard gold technique and who is at a moment of great professional success after celebrating two decades in the British formation, considered one of the five best companies in the world. The Argentinian dancer will close the first part with a special creation based on the tango Kicho by Astor Piazzolla, together with Alejandro Parente, First Dancer of the Stable Ballet of the Teatro Colón in Argentina. In addition, it will put the finishing touch to the show with the pas de deux of the classic Le Corsaire, together with Alexander Jones, Principal at the Zurich Ballet.

Especially exciting is the reunion of the Valencian Elisa Badenes, Principal at Stuttgarter Ballett, with her audience. She will be in charge of opening the show with the famous pas de deux of Romeo and Juliet, by John Cranko, as well as his second pas de deux, Legende. In both performances, his partner will be Friedemann Vogel, also a Principal Dancer at Stuttgarter Ballett.

Maia Makhateli and Artur Shesterikov, Principal of Het Nationale Ballet of Amsterdam, will interpret the pas de deux of The Swan Lake (Act III), popularly known as the Black Swan, and in the second part, they will perform the Replay duo, with choreography by Ted Brandsen, director of the Dutch company.

Coming from the Dresden Semperoper Ballett (Germany), the Principal Dancer Jon Vallejo and the demi-soloist Zarina Stahnke will perform the pas de deux Four Seasons by David Dawson. The interpreter from San Sebastian repeats his performance with Goyo Montero’s solo Come Again. Principal dancer at the Ballet Nice Méditerranée, Marlen Fuerte presents an excerpt from the choreography Samsara, by Víctor Ullate, and a new version of the mythical piece The Dying Swan, for which she will have live music, thanks to the special collaboration of Salvador Bolón on the violoncello and Luisa Domingo on the harp. Finishing the programme, a small cast of the Theater Ballet Moscow – Kristina Ryumshina, Mikhail Kirshin, Azamat Ishkin, Luke Hayward and Vilhelm Bjerser – will perform the piece Transcription of colour, by the artist from Murcia Juanjo Arqués.