100 students are enjoying the 6th International Dance Campus of Valencia 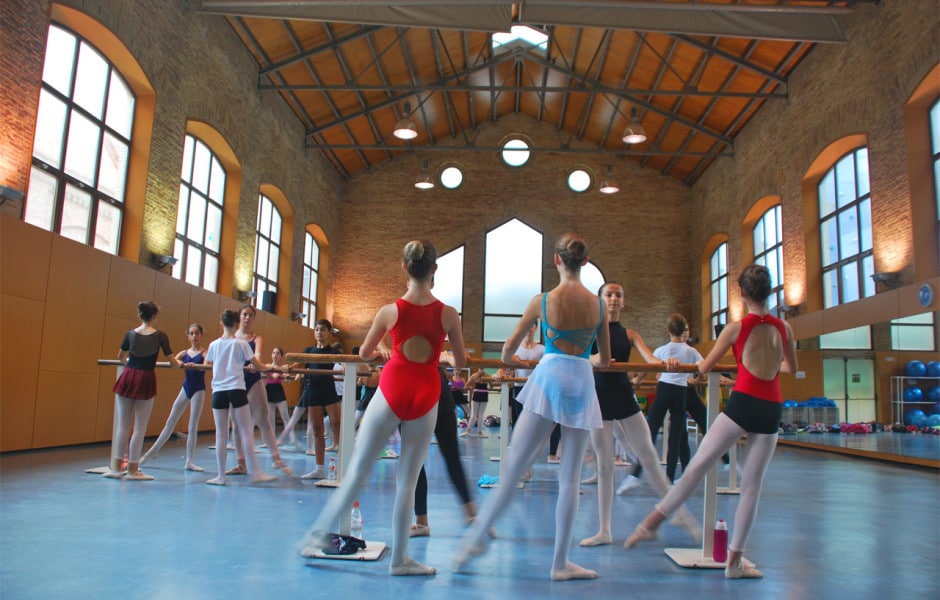 The 6th International Dance Campus of Valencia, organised by Asociación de Danza y Arte del Mediterráneo (ADAM), in collaboration with the Hortensia Herrero Foundation, kicked off on Monday 17 August with a total of 100 students from all over Europe.

The Campus will be held until 28 August and will take place in La Petxina Cultural and Sports Complex.

The International Dance Campus of Valencia is a student meeting led by Gema Casino Penalba (from Valencia) which holds its 6th edition this year. It consists of twelve days in which dancers make their life revolve around dance in such a privileged environment as La Petxina complex. Thanks to this Campus, young students have the possibility, on the one hand, to keep fit over the summer, and, on the other hand, especially, to learn from world-class dancers.

The program includes classical dance, men’s technique and pas de deux lessons, and different workshops by prestigious choreographers such as Nacho Duato, Johan Inger, Yoko Taira, Renato Zanella and Alejandro Cerrudo. The professional team is made up by Emanuelle Broncin, Ana Gonzaga, Fabrice Edelmann, Benito Marcelino and José Carlos Blanco. “They are all great figures from the dance world who have developed their training and subsequent professional career as principal dancers and solo dancers in companies such as the Paris Opera, Stuttgart Ballet and the Spanish National Dance Company, among others. These are very intense days for students, but will they carry their exceptional learning and unique experiences with them,” the director of the Campus, Gema Casino, says.

The Campus is now having more participants than in previous years, since the edition underway has a total of 100 attendees. They come from very different places, which is an example of the fact that it is gaining international attention. Students come from countries such as Hungary, Estonia, Italy, France, Belgium, Greece and Mexico. In total, 45% of students is from outside the Valencian Community. Out of those who are Valencian, 15 have been sponsored by the Hortensia Herrero Foundation.