Hortensia Herrero inaugurated the exhibition of sculptures by Jaume Plensa 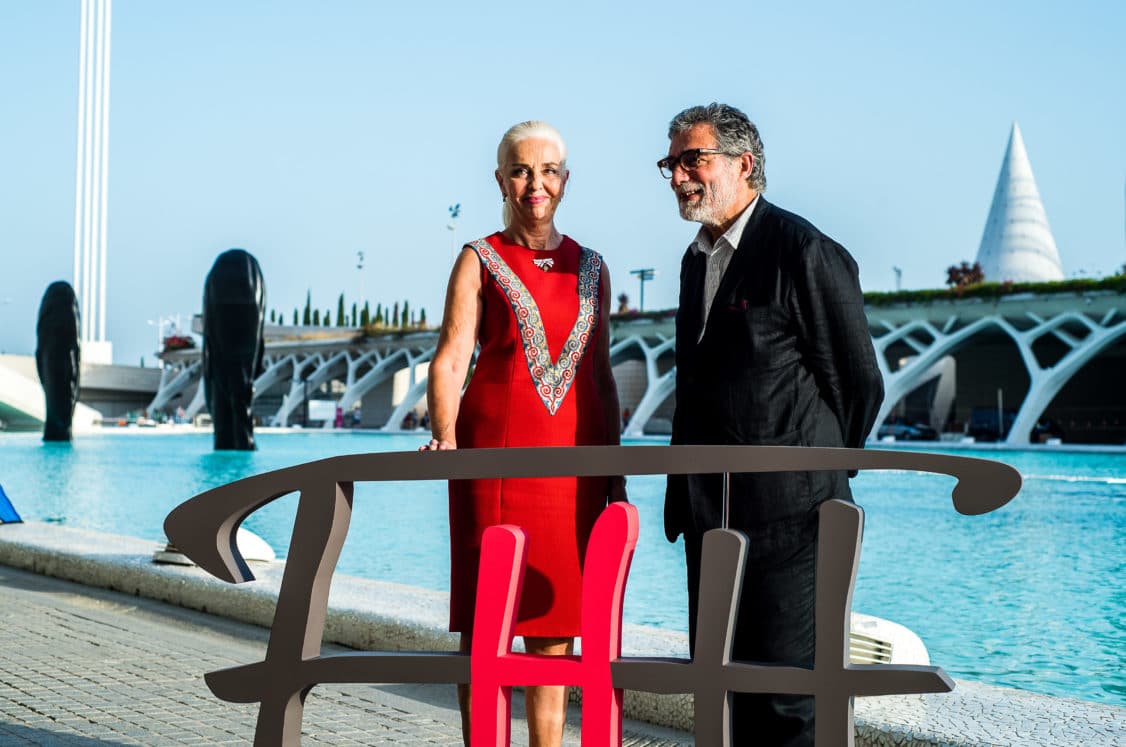 Tonight, the president of the Hortensia Herrero Foundation inaugurated the Exhibition of sculptures by Jaume Plensa that has been installed in the Ciutat de les Arts i les Ciències of Valencia and that will be open to visitors until the 3rd of November. The inauguration took place in the presence of the artist himself, who was also present at the press conference prior to the opening ceremony.

“Jaume Plensa is one of the hip sculptors of the moment. He has exhibitions at the Plaza Colón in Madrid, including Julia’s beautiful head, in Barcelona and at the Rockefeller Center in New York. The most important thing for us right now is to be able to have you exhibiting here, in Valencia. The intention of the Hortensia Herrero Foundation is to ensure and promote Art and Culture in the Valencian Community. We want this temporary exhibition to be yet another reason to visit Valencia and to increase artistic awareness about contemporary art among people living here. I want to make Valencia a cultural reference,” president Hortensia Herrero said.

The president of the Foundation that promotes this show explained that, after the exhibitions of Manolo Valdés and Tony Cragg, “we had very high standards and expectations but Jaume just met them effortlessly. It just turns out to be a beautiful and fantastic exhibition. In addition, I want to highlight the commitment of Jaume to all the details, from the choice of pedestals to the position of the heads and how the sunlight falls on them.”

In her opening speech, Hortensia Herrero revealed that one of the novelties of this year is that she will not buy just one sculpture, like last year. “This year, like the previous ones, I also want part of this temporary exhibition to stay with us. So I will buy two of these sculptural heads ; one for my personal collection and the other for the Hortensia Herrero Foundation. But at the moment, they will not be located in a fixed place. They will be travelling together to different places within the Valencian Community, so that more people will be able to see them and get to know these beautiful works of art.”

Hortensia Herrero pointed out that with Jaume Plensa, a trilogy of exhibitions comes to an end. It began two years ago with Manolo Valdés: “I am, of course, very happy and proud to be able to organize this third temporary exhibition here in the Ciutat de les Arts, but I’m also a bit sad because the three-year temporary exhibitions are over. I hope someone takes over and we can see each other again here in June 2020 (…) but as a guest.”

The official opening took place after the press conference, during an event that brought together more than 400 guests. It was presided over by Hortensia Herrero and by the artist, Jaume Plensa. Javier Molins, curator of this exhibition, said that the sculptor from Barcelona “is possibly one of the Spanish artists with the greatest international projection, with a sculptural work based, above all, on the quest for beauty, the dialogue between cultures, the human body, poetry and on many other general aspects of culture”.

Jaume Plensa, meanwhile, thanked Hortensia Herrero for “the affection she has shown me and for her interest in my work. When we met in 2017, the initial proposal was to do the exhibition in 2018, but it was imposible, and we had to wait until 2019. This delay has been a blessing because it allowed us to complete an extraordinary project. The exhibition consists of seven heads, and for me this is a magical number.”

The Barcelona artist was very happy with the result: “I love water, I’ve worked a lot with it. This is a fantastic opportunity to work with this element in an urban context; in this exhibition the urban and the natural embrace each other on the water, a key element for life”.

The restoration project at the Hortensia Herrero Art Centre

Hortensia Herrero made the most of the presence of Jaume Plensa in Valencia to announce that the Barcelona artist will also play an important part in the future Art Centre that will open in the Valeriola Palace. “Although the trilogy of exhibitions ends with this one, the end of a cycle does not mean the end of our work in the Hortensia Herrero Foundation. We continue working to achieve our goals, so our future “Hortensia Herrero Art Centre” is moving forward. And I have to tell you as a scoop, that Jaume Plensa will have a permanent place in one of the most important areas of the building, in the ‘navel’ of the same, “el melic”, as we named it. Thus, we will always be united by the navel. I thank you wholeheartedly for believing in our Foundation and our projects.”

Plensa also referred to the work done by Hortensia Herrero, promoting art through her Foundation: “I believe that an artist cannot exist alone, he needs an angel, and I believe that Hortensia is this angel. The work she is doing with the foundation to bring art and culture to the city of Valencia is impressive. It is a life insurance for artists and for the public, which thanks to it can enjoy these exhibitions “. 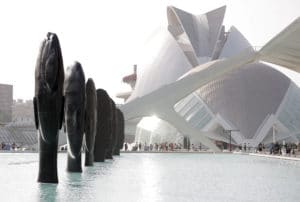 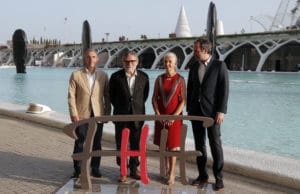 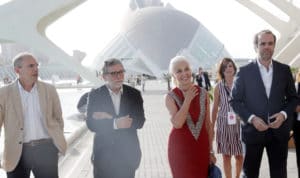 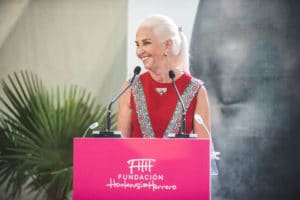 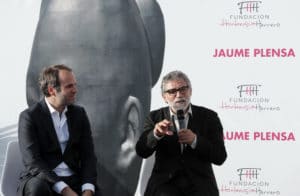 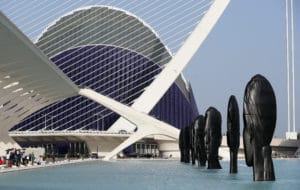 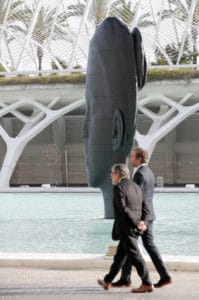 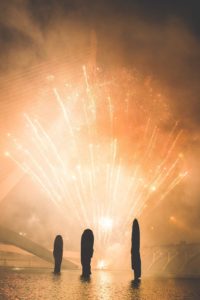 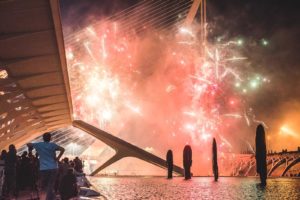